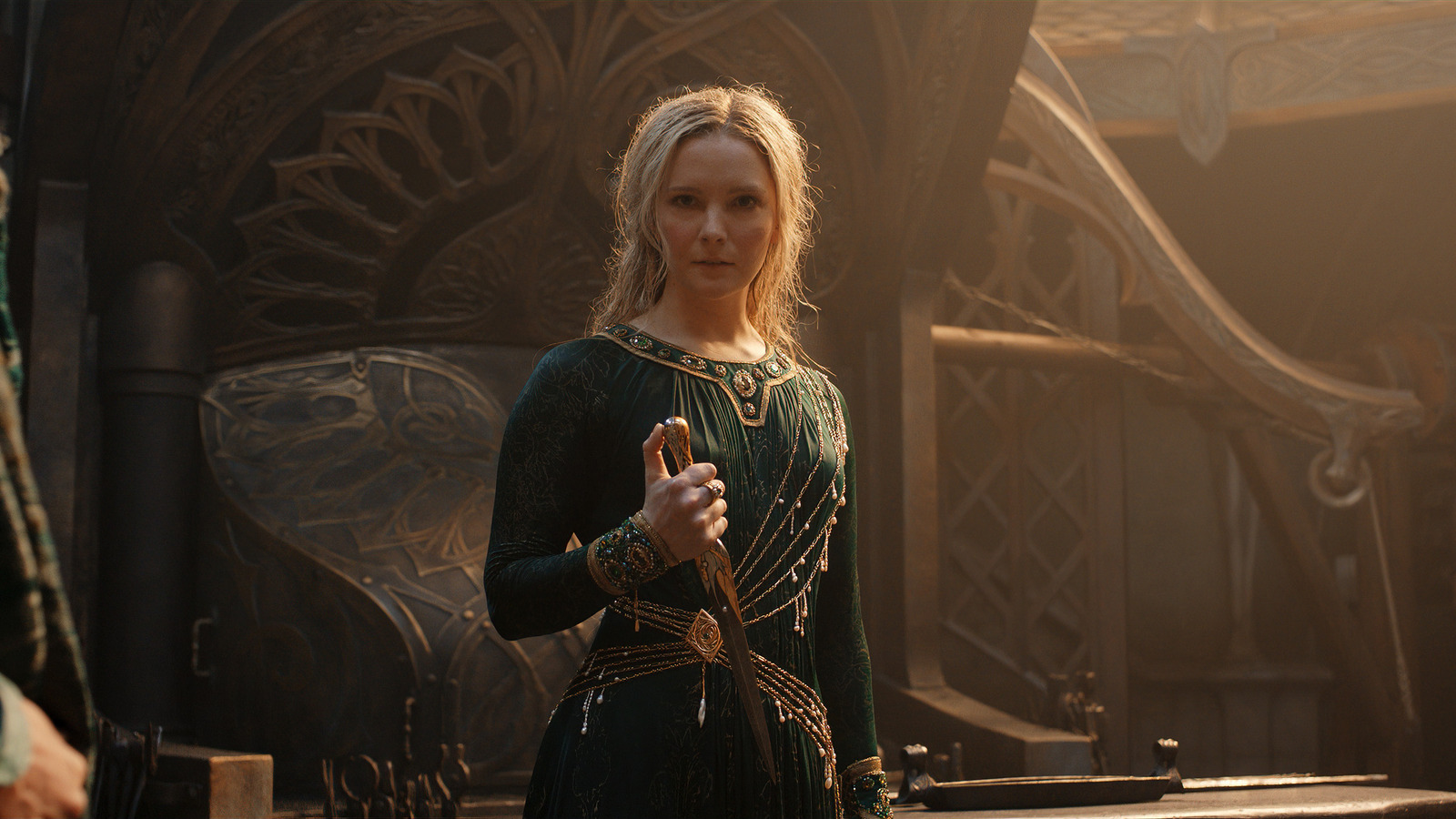 Aragorn’s sword is reforged just as he enters his. The broken sword hilt ultimately results in the creation of Mordor. Oh, and that damn One Ring that will end up causing so much trouble in Middle-earth for hundreds and thousands of years. “The Lord of the Rings” has always emphasized certain elements of power, whether magical or not, that represent much larger concepts and ideas that the writers wish to communicate.

“The Rings of Power” continues this proud tradition through Galadriel’s dagger, in a way we’ve never seen in Tolkien’s adaptations before. This subplot reaches its climax when, during the finale, she finally drops this weapon and allows it to be melted down as a key ingredient to create the three Elven Rings of Power. Not only does this series of events perfectly recontextualize what we thought we knew about those three rings, but it also allowed the sound design to add even more magic to the moment. According to Damian Del Borrello:

“So that sequence with the dagger at the end with the creation of the rings was his death chant. There’s all these metallic elements that almost lightly cry, lightly cry. There’s all these almost painful metallic sounds, especially at through this merging phase. And then there’s also a slight element of that on the planes of the rings, just to try to tie them together, [since] the rings are made from the dagger.”

The question is not whether this moment was strictly canonical with what Tolkien established in various sources, but whether it worked effectively within the parameters of “The Rings of Power”. With some key help from the sound design team, I’d say it does.

Expensive houses on the market in Lake Geneva