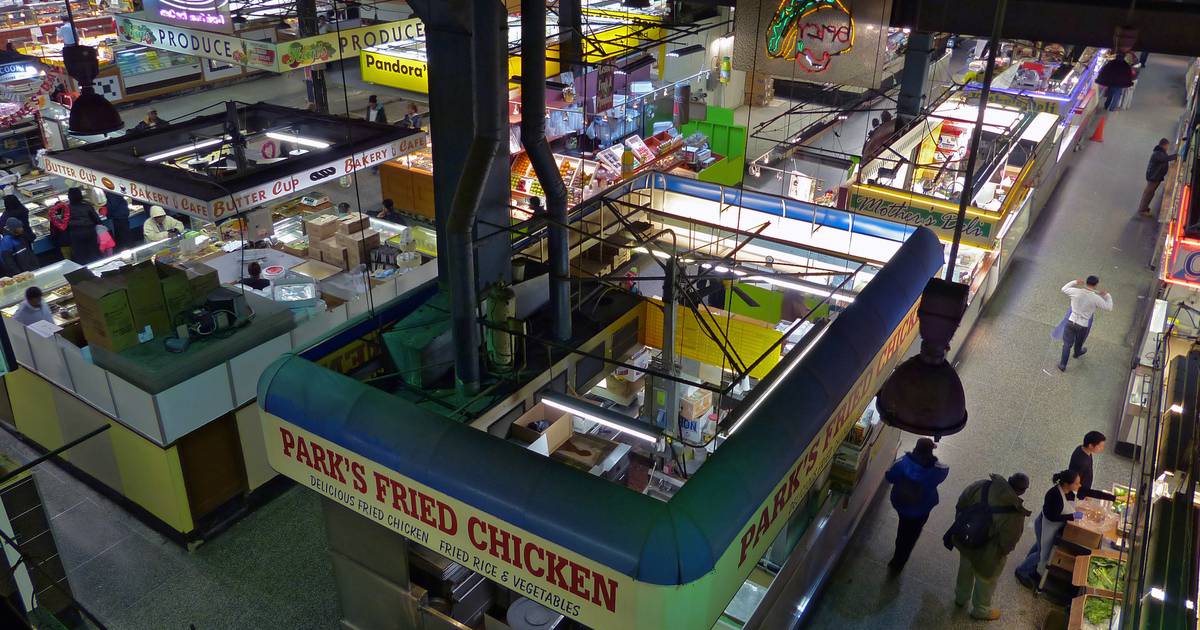 Lexington Market will close its East Market building on Saturday afternoon, following a celebration of 70 years that the space has housed one of Baltimore’s most iconic public markets.

From 11 a.m. to 2 p.m. Saturday, a tribute event with live music, giveaways and ringtones will take place, the market announced on Instagram. The doors of the Eastern Market will close permanently at 5 p.m. Saturday. Faidley Seafood will remain open.

One of the nation’s oldest public food markets, Lexington Market has undergone various transformations on the same site since 1782. The building has been home to food stalls since the early 1950s, when outdoor stalls replaced a shaped structure hangar that was damaged by fire.

“Today we witness the official grand opening of a bigger and better Lexington Market, rising like a Phoenix from the ashes of the ancient landmark that added so much to the charm of Baltimore in a bygone era when life moved at a leisurely pace and living well and hospitality was an essential part of our existence,” former mayor Thomas D’Alesandro III said during the 1952 reopening celebration, the Baltimore Sun reported at the time. .

The West Building and food hall-style arcade have already closed as part of a plan to rebuild the market, a key part of Baltimore’s food history that had lost vendors in recent years. The market will reopen in a newly constructed South Market building on the site of a former parking lot. An outdoor plaza is planned for the area where the arcade once stood.

Groundbreaking for the $40 million Public Market revitalization, led by Seawall Development, began in 2020. Earlier this year, the city announced it would allocate $5 million in U.S. bailout funding to the Lexington market after the project resulted in higher construction costs and delays.

There are 34 confirmed vendors for the new iteration of the market, according to the Transform Lexington Market website. In August, Lexington Market announced that two new “future produce” suppliers – Bmore Vegan Joint and Garden Produce – would join the new market suppliers.

Traders will open at the new Lexington Market Plaza on September 6.