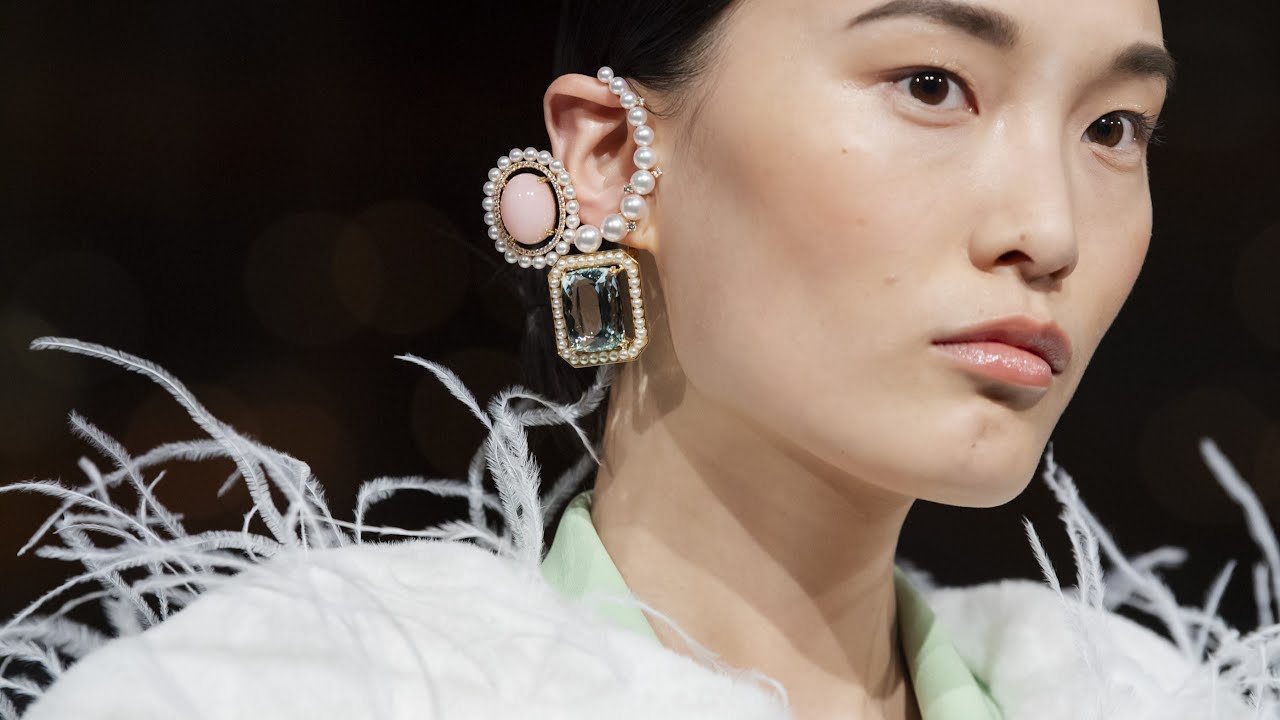 Xtina is getting ready for her second sold-out show at the Hollywood Bowl. Earrings by Nickho Rey, neck by Swarovski, and vintage rhinestone necklace Kentshire. Polaroid by Etienne Ortega.

So okay, it was like two weeks ago on a Saturday, and I felt behind my ideas for Christina Aguilera’s performance at the Hollywood Bowl that I was styling. So I rehearsed “Dirrty” and “Beautiful” while I drew, watched shows, texted designers and started to understand. I wanted Xtina’s look to be coarse and ripped and figure-focused. And I wanted to give it some glamor, because NOW more than ever is THE time to make a REAL EFFORT for an audience LEAVING HOME to see a LIVE PERFORMANCE. I wanted to give people a bunch of LOOKS, even though I hate disclosures and didn’t want to make a bunch of quick behind-the-scenes changes. So I started to think of a catsuit that could look like a killer on Christina that would go with whatever we wanted to do. From there the glamor and the vibes started to come together, and now I’m going to babble a little bit about the looks we’ve created to go along with those behind-the-scenes Polaroids and scene photos that we have for you here. Behind the scenes. Cleavage by goddess and by Wolford, combination by THE Roxx. Polaroid by Mel Ottenberg.

So, Christina was in my idea that she wears an amazing black jumpsuit throughout the show with different styling moments for different songs, so I got right to the point. The catsuit she was wearing is really great. It is designed by LA Roxx. They made George Michael’s leather jacket in the “Faith” video, they made Rihanna’s brown leather bustier for her Anti tour (also styled by yours truly), and these are legends of LA costume. Underneath we have Wolford magic, and the stones are a mix of favorites: earrings from Nickho Rey, choker and ring from my girlfriend Giovanna Engelbert’s debut collection as Artistic Director of Swarovski, and a vintage rhinestone necklace from Kentshire, my favorite place in NYC for vintage jewelry. The gathered waistband was custom made by Anthony Canney and the boots are by Gianvito Rossi. She starts the show singing “At Last”, then in “Ain’t No Other Man”, and I know that sounds silly to say, because everyone knows that, but she can REALLY, REALLY SING !!! !!!! ! Wow. Christina, opening the show with “At Last” by Etta James. Photo by Quinn Tucker. Last looks with Christina, M’Lynn, Mel and Abi before the second show. Polaroid by Etienne Ortega. “Genie in a Bottle”, I have to rub in the right glam way. Dance costumes designed by Stephen galloway. Photo by Quinn Tucker.

For the first change, we’re adding a draped metallic skirt from M’Lynn Hass, a blinding necklace from Laurel DeWitt, and a pair of rhinestone cuffs from the Swarovski archives. It all had a bit of a genius Christina vibe for “Genie in a Bottle” and some other greats. Wow her VOICE IS CRAZY! She really does. Photo by Farah Sosa. Then we fuck with warm sunglasses from Versace, custom leather gloves from Gaspar and a necklace from the Swarovski archives. I love this look and it’s a great opportunity to show off Christina’s figure. This change would seem really easy, but it was kind of a backstage nightmare, switching from one necklace to another… you never know how scary it can be to take a necklace off and put one on. other until you try to do it backstage in a little dressing room with the music BLASTING and the fans Screaming… Okay, so the real time for a stylist doing Christina for an iconic show like this is to make Xtina’s full moment “Dirrty”, because “Dirrty” is fucking supreme. We must all bow to the front Bare-Xtina period. I mean, it’s not easy to express yourself that hardcore, and she got a lot of shit about it. I’m sure I didn’t care too (I know I was), but this whole Christina era has aged really well visually and musically. Looking back, I think what she was doing with the way she presented herself with beauty and fashion was really remarkable and awesome. I think this is one of the best expressions of early 2000s pop and fashion, if not THE best !!! LOW FOR THE SHOW! ON THE FLO! Abi, Jose and Christina in the quick change. Polaroid by Mel Ottenberg.

Anyway, I knew I had to demolish the house with this look and make chaps for Xtina that suited a 40 year old. So, guys in tuxedos. The idea was so LOLLLL and fun for me that I needed it to make it happen so I called Zaldy, my genius friend and designer who has made so many iconic stage outfits for everyone from Michael Jackson to Britney through all of RuPaul’s iconic looks. I knew he could transform it by putting his perfect pop fashion touch on the idea of ​​”Dirrty” and chaps, and he really did it with those tuxedo chaps. We really took the thong and what stoning would be seriously because we knew it was a stoned thong. I strongly felt that “Vagazzle” was the right reference here, and yes, damn, Zaldy transformed it. And all that outfit really brought the house down. This is one of my favorite stage outfits I have ever done for sure. And I bet that’s one of Christina’s favorites now, too. A Dena Kemp ring and Briony Raymond earrings complete the look. Catsuit by THE Roxx, chaps and thong by Zaldy, sunglasses by Versace, ring by Dana kemp, earrings by Briony Raymond and shoes by Gianvito Rossi. Photo by Denise Truscello. After Christina drove everyone crazy with her tuxedo leggings and vagazzle thong and crazy vocals on “Dirrty” and “Lady Marmalade”, we took it a step further in a few Versace bracelets and two necklaces from my favorite jewelers: one amazing Kentshire rhinestone necklace and stylized thin chain with two 14K crosses. As for the rings, we have a large Medusa from Versace and a large gold and diamond ring from another favorite, David Webb, courtesy of Broken English. That was the right vibe for songs like “Contigo” and “What a Girl Wants”, and look at that size, right? Put that last earring in the quick change. Polaroid by Etienne Ortega.

Then we got into a few ballads and “Fighter,” so we remixed a glamorous old Hollywood feathered dress from Catherine D’lish and the best diamond hoops I’ve seen in a while from 14K. I love the result of it, mixing the graphic black catsuit with the romantic old Hollywood dress to create a sense of fantasy manga warrior for “Fighter”. Catherine D’lish is so cool. I found her through Courtney Love many years ago and I really love her stuff. Another great Catherine D’lish dress personalized during our last fitting the day before the show. Polaroid by Etienne Ortega. For the finale, Christina sang “Beautiful”, my favorite Xtina song. The idea was for a giant sheer diva ball gown skirt to go with the catsuit that, a million looks later, we haven’t changed at all. My pal Anthony Canney made the skirt for us, and that was the right way to end Christina’s big fashion show. Seven clothes changes and an hour later we were done. Dirty fun for the whole family. I should thank my dream team from LA, Abi, Charlie, Jose, M’Lynn and Jaine for really helping me transform Christina. Congratulations also to Sarah Francus, Sophie McNiel, Philipa Price, the artistic director of the show, Stephen Galloway, the choreographer and the creator of the dancers’ looks, Kristen Vallow the set designer, Etienne Ortega, who made up Christina and took all these Polaroids, and Iggy Rosales, who did her hair, and all of Christina’s team. And especially to Christina for being such a great collaborator and such an inspiring performer. It was so much fun working with her.