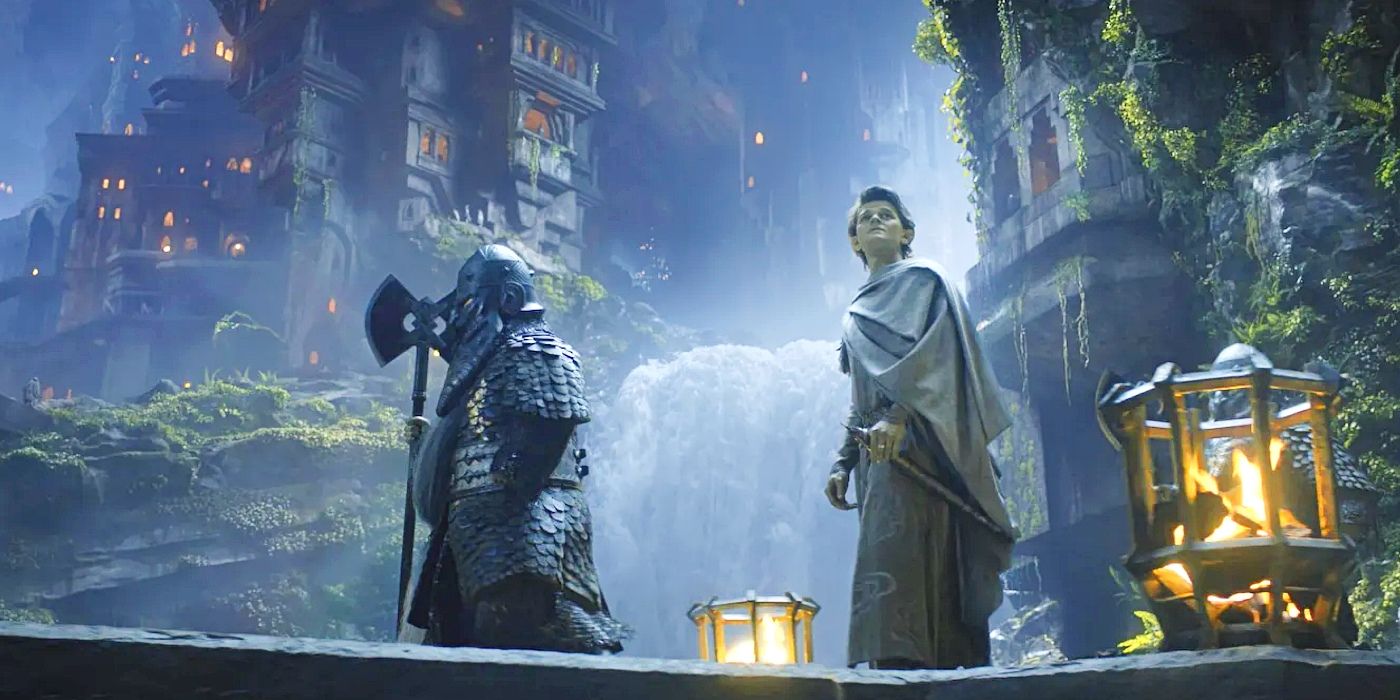 The Lord of the Rings: The Rings of Power production designer Ramsay Avery explains how and why Moria is different from Peter Jackson’s version. Premiering earlier this month on Prime Video, power rings is based on the beloved fantasy novels by author JRR Tolkien. Set thousands of years before the acclaimed events of Jackson The Lord of the Rings trilogy, power rings chronicles the rise of evil in the Second Age of Middle-earth. Although the series features an all-new cast of actors, several familiar characters return, including Galadriel (Morfydd Clark) and Elrond (Robert Aramayo).

In addition to flipping characters, power rings also features the return of Khazad-dûm, also known as Moria. The vast underground kingdom is first seen in The Lord of the Rings: The Fellowship of the Ring, when Frodo (Elijah Wood) and the rest of the Fellowship choose to travel through the Misty Mountains rather than through them. Where Moria was dark, strewn with corpses and completely abandoned in The Fellowship of the Ring, power ringsMoria’s version is filled with life and is seen in all its glory in Episode 2 when Elrond meets Prince Durin IV (Owain Arthur).

In a new interview with IndieWire, Avery explains how he approached the redesign of Moria and how the iconic location is different from Jackson’s version. The production designer started from the idea that in the Third Age, the dwarves would have become more greedy and dug too deep into the mountain. He eventually worked backwards from there, creating a Moria that still pulled from the iconic The the Lord of the Rings concept art by John Howe and Alan Lee, but reflected a different dwarf mindset, with internal structures more respectful of the existing geography. Check out Avery’s detailed explanation below:

“With dwarfs, literally the quote [from the books and the movie] are they “digged too greedily and too deeply”, are they not? This is what caused their downfall. So what does this represent visually, this feeling of indulgence and depth? When you look at the architecture [in ‘The Fellowship of the Ring’], it’s really monumental. These volumes are enormous and the forms are massive and there is a huge figurative work.

“But when you go back to what Tolkien said about dwarves, that they’re stone and flint, and there’s this big talk, I think, in ‘The Two Towers’ that Gimli gives about the shimmering caves , where he speaks how [dwarves treat stone] with such reverence and care that sometimes they will only do a chip or two a day in terms of training. And I thought, well, that’s really the difference between the Second Age and the Third Age.

“A lot of [John Howe and Alan Lee’s] things were also very big and geometric and monumental, but I could find these series of illustrations, their sketches, where [dwarf architecture] had this feeling of being really embedded in the rock, otherwise there would be a column that would come out and turn into rock going up the mountain. And so those are the kinds of form languages ​​that I then wanted to take care to express in the way that we dealt with Khazad-dûm. There should be this respect for the mountain and the shapes of the mountain and you should see the stone in the mountain as opposed to hacking [stonework] in great things.”

As with most elements of power rings, it’s clear that Avery had to strike a balance between the familiar and the new. While Jackson’s trilogy is beloved by fans and established the visual language of the world of Middle-earth, power ringsmeans it can’t just look alike. As shown in Episode 2, Moria is thriving in the Second Age, with the kingdom managing to look like both an impressive work of stone masonry and a natural extension of existing rock formations.

The episode also teases a potential bridge to the dwarven greedy mindset that dominated the Third Age, with the revelation that Prince Durin IV and his father, the King, have something secret (and shiny) hidden in a box. It remains to be seen how much power rings will explore the fall of Moria, but the series certainly sets up a mysterious story involving the dwarves. After all, as one of the first trailers for The Lord of the Rings: The Rings of Powera Balrog is finally freed, potentially spelling the beginning of the end for Moria.