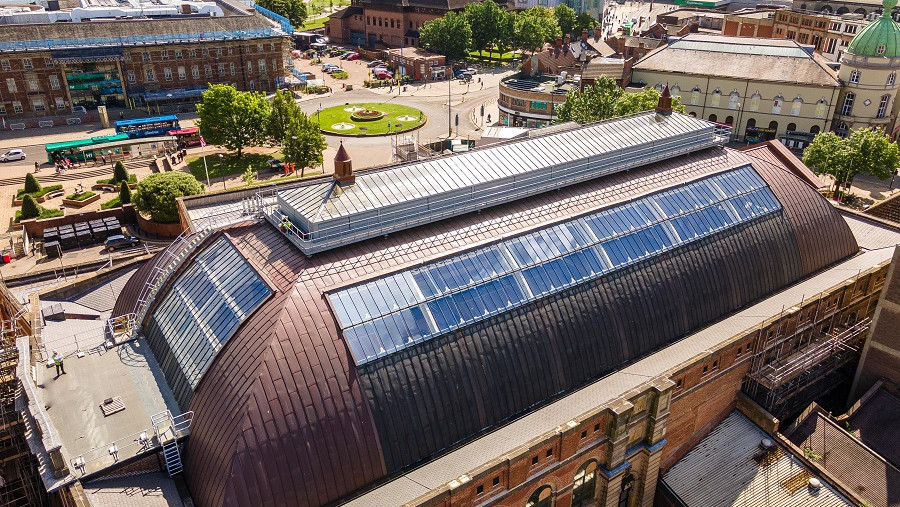 The first phase of work to transform Derby’s historic Market Hall into a shopping and leisure destination has been completed.

Wates Construction led a team of architects and engineers on the flagship project, including Latham Architects, Rogers Leask and Clancy Consultants.

When it reopens, the Halle du Marché will include both traditional and thematic markets, events, occasional or ephemeral uses, manufacturing and exchange spaces and small performances.

The first phase of the works involved structural restorations to the roof of the Grade II listed building, with phase two focusing on renovating the interior and developing the public space outside.

John Carlin, Regional Director of Wates Construction, said: “It has been a privilege to work on the restoration and transformation of such an iconic and unique building, retaining its historic charm but also incorporating it into the modern vision. comprehensive council for the revitalization of the expanded downtown.

“Before this work on the roof was carried out, the Halle du Marché often had to close to customers for safety reasons if there was a possibility of strong winds, snow or heavy rain in case the windows came out of their windows. Along with the complete restoration of the roof structure, all of these windows have now been replaced, meaning there will no longer be a need to shut down the market and disrupt trade just because of the weather.”

He added: “Ensuring that the exchanges could continue while the first surveys and work on the roof took place was particularly important. To do this, we installed a scaffolding structure to provide access to the roof without disturbing the activity at ground level.

“It was an impressive feat of engineering in itself, which would have covered over 62 miles if placed end to end and weighed almost 900 tonnes, but it was really the key to ensuring that the trade could continue despite our ongoing work, supporting the city’s merchants after the pandemic.”

Wates Construction was mandated via the Grands Travaux framework of SCAPE. The second phase of development is expected to begin at the site in the fourth quarter of 2022, with a target of completion in 2024.

How Connecticut Stores Are Celebrating

Lord of the Rings Universes Beyond is going digital, set to launch in MTG Arena Alchemy