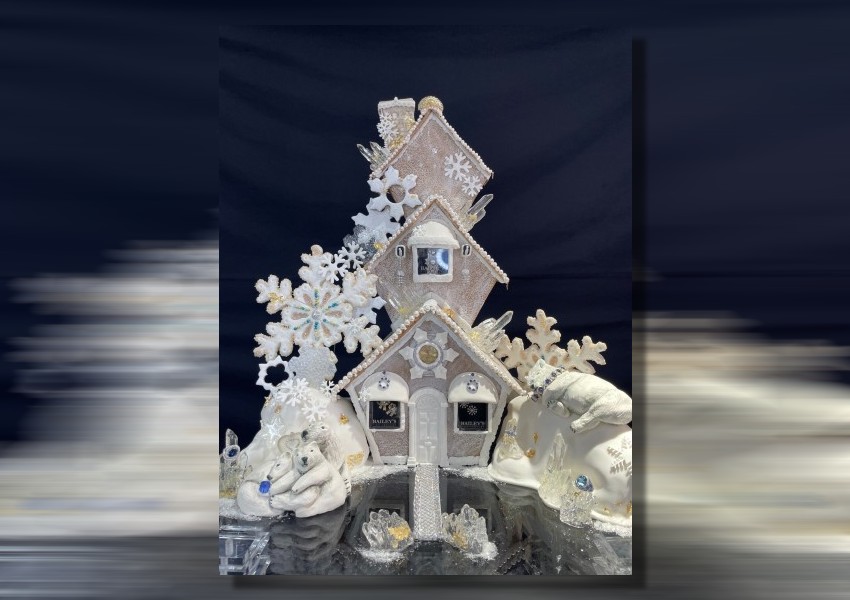 $1.2 Million Gingerbread House On Display (and For Sale!) In Raleigh Jewelry Store

RALEIGH, NC (WNCN) — If you like jewelry, gingerbread houses, and you have $1.2 million, a jewelry store in Raleigh has you covered.

Bailey’s Fine Jewelry, located in Raleigh’s Village neighborhood, is displaying a gingerbread house worth $1,278,395 — and it’s for sale, the store said in a press release.

The jewelry retailer, along with gingerbread artist Lindsay Deibler, has created a jeweled gingerbread house that features a Rolex “clock” above the front door, as well as a fully diamond walkway. In total, the holiday home includes 93.7 carats of diamonds, 155 pearls and 51.8 carats of other precious stones, such as sapphires and aquamarines.

The Winston-Salem resident specializes in gingerbread houses and regularly submits her creations to contests, according to the statement. She even appeared on Food Network’s “Holiday Baking Championship: Gingerbread Showdown” last month.

Marci Bailey of Bailey’s Fine Jewelry helped design and place the jewelry on the house.

“The house that Lindsay created last year to win our competition blew our minds,” Trey Bailey of Bailey’s Fine Jewelry said in the release. “The attention to detail was incredible and she incorporated so many elements that were truly representative of Bailey’s. We knew we had to work with her to take things to a new level.

“I had so much fun designing the house for last year’s competition,” Deibler said. “As soon as Bailey came up with the idea, I knew it was something I wanted to be a part of. Combining my love for building gingerbread houses with $1 million worth of beautiful jewelry from Bailey’s? What could be better?”

If you don’t have enough money to buy the million-dollar gingerbread house, you can at least see it in person starting Thursday and running through December 8.

Clean your house and earn money with a garage sale